The Problem of Wineskins

Have you ever wondered why some churches seem to get stuck in outdated methodologies? Why they get trapped in traditions that have outlived their purpose?

Traditions are not bad in themselves. But when a tradition becomes more important than the thing it points to, it leads to traditionalism, or the overemphasis of the tradition. This problem dates back to Jesus’ time. If fact, he spoke about it in Luke 5:37-38. “No one pours new wine into old wineskins. Otherwise, the new wine will burst the skins; the wine will run out and the wineskins will be ruined. No, new wine must be poured into new wineskins.”

In Jesus’ day, wine was an important part of celebrations. It represented joy and often symbolized the happiness associated with the coming of God’s kingdom. Small amounts of wine were typically carried in pouches made of goat skin called wineskins.

Wine is an interesting thing. Simply put, when grape juice ferments, a chemical reaction produces a gas that expands, turning the juice into wine. Jesus reminded his listeners that if new wine was put into dry, rigid pouches, the gas would expand and burst the old, stiff wineskins. 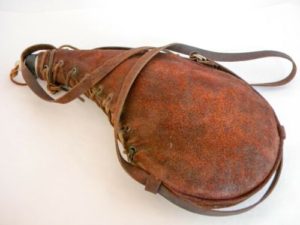 Jesus was actually making a point. Not about wine, but about traditions. He distinguishes between something essential and primary (the wine) and something secondary but also necessary and useful (the wineskins). He’s saying that the new wine of the new covenant can’t be kept in the rigid forms of the traditions of Judaism. It needs to be in flexible forms that allows the Spirit to expand and move. The old wineskins have been stretched to their limit and cannot hold the new wine of his message that God is doing a new thing. He emphasizes that wine is always more important than the wineskin.

The problem of wineskins is very common in churches today. Wineskins are those old traditions, stiff structures and rigid patterns that have become more important than the gospel itself. Here are some ways you can know if a church has a problem with wineskins.

Rules over relationships
If the church constitution or bylaws prohibit people from loving anyone or excludes people who don’t measure up to non-Biblical standards, it has a problem with wineskins.

Past over present
If the membership class looks more to the success of the past than to the reality of the present and the possibilities of the future, the church has a problem with wineskins.

Programs over people
Dr. John Maxwell once asked, “Are we going to spend our lives connecting with people or correcting them?” If the church leadership treats people as a means to an end, they have a problem with wineskins.

Forms over function
When the church’s traditions have become “sacred cows” and there’s no way to not do the pet program they’ve been doing for 20 years, they have a problem with wineskins.

Legalism over love
Pastor Wilfredo de Jesus, (one of Time magazines’ Top 100 Most Influential People of 2013) said, “Too many Christians value their position on issues more than God’s command to walk in love.” If the church leans this way, it has a problem with wineskins.

Structure over spirit
When they are locked into their systems and the current ways of doing things, and there’s tremendous pressure not to change anything, they have a problem with wineskins.

Traditions over today’s needs
When they can’t find enough volunteers for the audio tape duplicating ministry…I don’t need to say anything more.

As mentioned above, traditions and forms are not bad. Jesus’ point was to carefully look at our wineskins and if they have become obsolete or ineffective, it’s time for new ones. If the old wineskins break, the wine will be lost so it’s important to continually adapt our structures and strategies to keep up with the life-filled, Spirit-breathed message of the gospel.